The web was surrounded by another wonderful audition performance, in which the girl Naomi from France impressed many.

In the singing show The Voice Kids France 2020, she shone straight at the audition, and all four judges wanted to have her on their team. 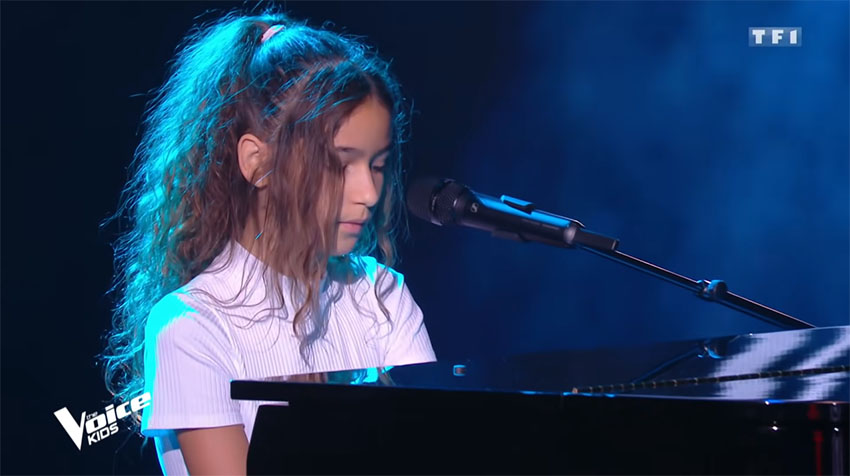 The Voice Kids France, YouTube
At the audition of The Voice Kids France 2020, Naomi performed the hit song "Bohemian Rhapsody", which was presented to the world by the music group Queen back in 1975. It is still considered one of the best songs of the legendary Queens.

The performance of Naomi is really something special, and the video has garnered more than 2.2 million views on the YouTube network to date.

In the video, many wrote that even Freddie Mercury himself would be proud of the Naomi's talent. Listen to how she performed the legendary Queen's hit "Bohemian Rhapsody" in the show The Voice Kids France 2020.
Tweet StumbleUpon
Current article has no comments yet.
Will you be the chosen one who will comment first? 😆
Top videos of the week
Subscribe to free Klipland newsletter and get top videos of the week on your email.

Allie Sherlock Performs "Creep" By Radiohead On The Streets Of Dublin, Ireland

Car Flips Over, Almost Hits A Pedestrian On The Sidewalk

Polar Bears Hunt A Drone From Under The Ice

Dying Owner Gets Last Visit From His Best Friend Horse

Whale Jumps Out Of Water Repeatedly

Baby Swans Jumping From The Bridge

Dog In China Sneaks Ice Cream While Owner Is Asleep

Truck Stuck In Mud Gets Saved By Ship

Woman From South Korea Performs A Song On A Handpan