At the beginning of this summer, the internet was surrounded by a video clip from a school talent on which one of the boys stole whole attention.

In spite of all his classmates and many parents, he played the piano, and with the performance he reaped the glory of the wider world! 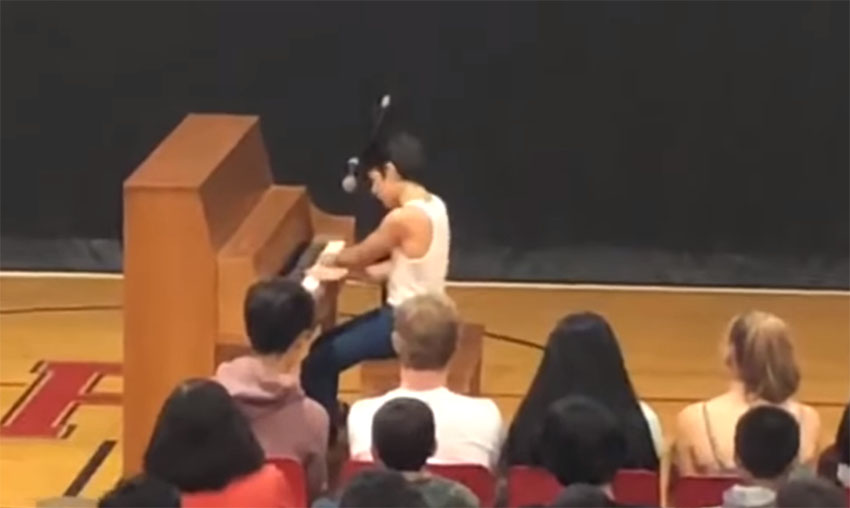 Alexander Penkov, Youtube
Alexander Penkov, from the United States of America, drew much attention at the school talent show when he sang and played the legendary song "Bohemian Rhapsody", sung originally by Freddie Mercury at Queens.

The performance of talented Alexander was so remarkable that he immediately gained worldwide fame. To date, almost 3.5 million viewers have watched the video on Youtube alone.

Listen to a wonderful performance from school talent, in which Alexander Penkov stole all the attention and surrounded the world by playing and singing the song "Bohemian Rhapsody"!
Tweet StumbleUpon
Current article has no comments yet.
Will you be the chosen one who will comment first? 😆
Top videos of the week
Subscribe to free Klipland newsletter and get top videos of the week on your email.