Two years ago, a wonderful music performance landed on the YouTube network, provided by members of the music group Simply Three.

In an empty church, they performed the song "Hallelujah," and took over many music lovers online with their performance. 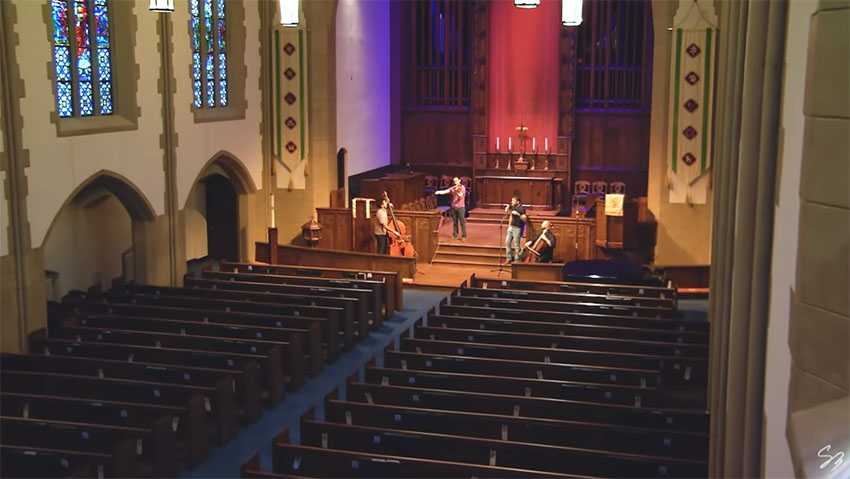 Simply Three, YouTube
The Simply Three group consists of three friends Glen McDaniel, Zack Clark and Nicholas Villalobos. Glen plays the violin, Zach plays the cello, and Nicholas plays the bass. In the video, the musicians were joined by singer Robert Moody, and their joint performance is truly a real balm for the soul.

The world hit "Hallelujah" was performed by the group at the empty Myers Park United Methodist Church, located in Charlotte, North Carolina.

Listen to a wonderful musical performance in which a group of men took over many by singing and playing the hit song "Hallelujah", which was presented to the world in 1984 by Canadian singer Leonard Cohen. Will the men take over you too with their stunning performance?
Tweet StumbleUpon
Current article has no comments yet.
Will you be the chosen one who will comment first? 😆
Top videos of the week
Subscribe to free Klipland newsletter and get top videos of the week on your email.