A Boy And His Dog Show How Their Friendship Looks

One of the hits on the Internet is also a video in which we can follow a toddler in the company of a dog.

In the house, they showed each other love, and by doing so, they captivated many animal lovers online.

The video clip is already a real hit on the Internet - it has reached more than 300,000 views on YouTube alone, and the scene with the little boy and his dog will undoubtedly impress you as well.

The boy's parents filmed his love for the dog in the city of Ukiah in the US state of California, adding that their son and the dog often show love to each other in such a way.

Take a look at the cute scene with the boy and his dog, which will no doubt impress you too. Do you also have best friends among pets?
Son of a biscuit!
Our website has detected this video doesn't work. The staff is doing everything to make it work again.
Watch similar videos 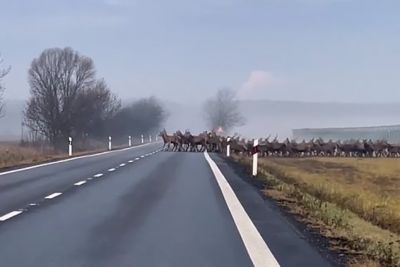 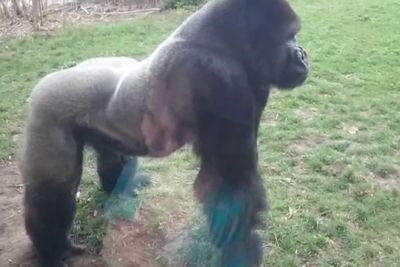 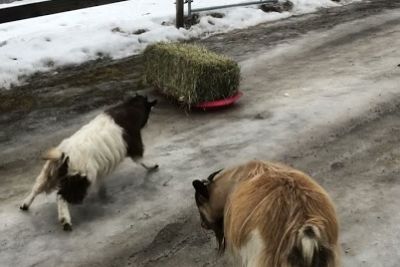 Oreo The Goat Slides Down Driveway

Dachshunds Drag Bed To Sunny Area To Get Warm
Tweet StumbleUpon
Current article has no comments yet.
Will you be the chosen one who will comment first? 😆
Top videos of the week
Subscribe to free Klipland newsletter and get top videos of the week on your email.

76-Year-Old Nun Yanks Ladder Away From A Thief

Man Performs Pirates Of The Caribbean Theme Song On A Piano

Adorable Dog Is Obsessed With His New Baby Brother

Hairdresser Shaves Off Own Hair In Solidarity With A Cancer Patient

The Dogs Backed A Mountain Lion Up To The Cliff

Dog Hilariously Trust-Falls Onto Her Owner

Dachshunds Drag Bed To Sunny Area To Get Warm

Baby Exploded In Her Diaper, Parents Almost Puked Due To Mess

MrBeast Pays For 1,000 Surgeries For Blind People To See For The First Time

Brake Checking Driver Gets A Karma

Truck Driver Helps Police In A Car Chase On The Highway

Otter Mum Prepares Cubs For Life On Their Own