The web has been surrounded by another cute video these days, in which a cute seal has delighted many online users.

He snuck in front of the woman on the snow, obviously wanting warmth and pampering from her.

The video, posted on the YouTube network, has already reached half a million views in just a few days. The credit goes mainly to the cute seal, which stole all the attention in front of the visitor.

At first, however, he did not let her take the snow in his place, which he made clear to her. But when he received the treat, he relented in this request as well.

He impressed many the next moment he sat on the woman and wished some gaantle touches from her. Watch a beautiful video in which all the attention was stolen by a cute seal.
Son of a biscuit!
Our website has detected this video doesn't work. The staff is doing everything to make it work again.
Watch similar videos 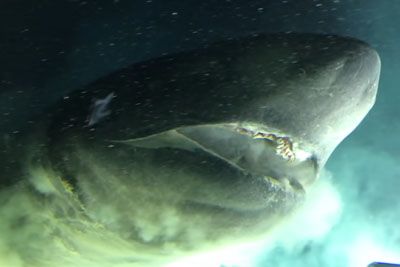 Baby Elephant Chasing Birds In Adorable Video
Tweet StumbleUpon
Current article has no comments yet.
Will you be the chosen one who will comment first? 😆
Top videos of the week
Subscribe to free Klipland newsletter and get top videos of the week on your email.

Oblivion NPC Runs For Her Life After Destroying Bus Window

Great Reason To Get A Golden Retriever Dog

A Strong Wind Took The Roof Off Of A Building

Man Surprise His Prison Teacher Who Helped Him During Difficult Time

'You Are The Reason' Mother-Daughter Duet To Calum Scott Hit

Niagara Falls Get Covered In Snow Due To Cold Weather