Kodi Lee is back on stage of America's Got Talent! This time in the quarter-finals, he once again impressed many of the crowd as he sang one of the bestsellers of the Simon & Garfunkel duo.

He had already impressed many at the audition when he received the Golden Buzzer, and now he has once again proved how exceptional singer he is!

Kodi Lee is a 22-year-old boy who has been blind since he was only three months old and also has one form of autism. He drew a lot of attention at the auditions for America's Got Talent when he sang and played "A Song For You", originally performed by singer Donny Hathaway back in 1971.

WATCH: Blind Kodi Lee Nails Auditions On America's Got Talent And Gets A Golden Buzzer

Newest judge Gabrielle Union was so excited at the time that she sent Kodi straight into the stars with a Golden Buzzer! 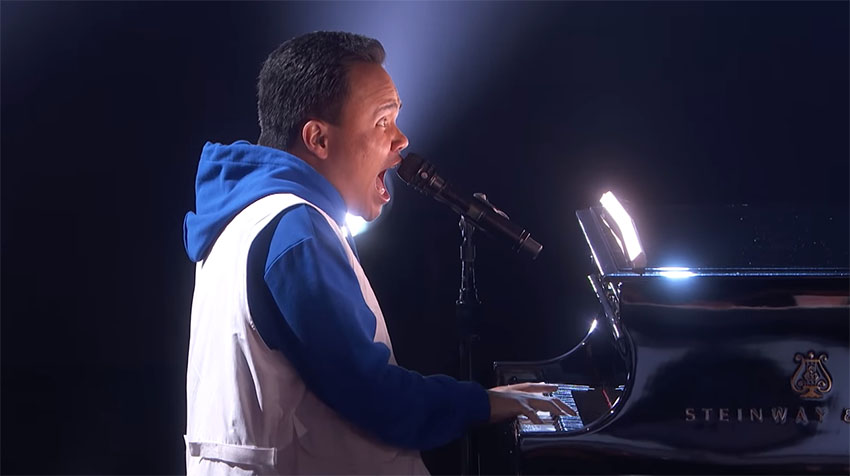 America's Got Talent, Youtube
In the quarter-finals, Kodi Lee impressed many again, and with a touching performance he struck many straight into emotions.

This time he sang the song "Bridge Over Troubled Water", released in 1970 by popular duo Simon & Garfunkel. Listen to his wonderful performance, at which Kodi made his mother Tina Lee cry as well!
Tweet StumbleUpon
Current article has no comments yet.
Will you be the chosen one who will comment first? 😆
Top videos of the week
Subscribe to free Klipland newsletter and get top videos of the week on your email.