Kodi Lee Defeats Autism And Blindness, Gets Golden Buzzer On America's Got Talent

In the past auditions of the America's Got Talent show, the first Golden Buzzer was already pressed! It was given to Kodi Lee, (he is not Cody Lee) who made everyone crying with his exceptional talent. He is a 22-year-old boy who has been blind since birth, and he also has one of the forms of autism.

This does not stop him from hunting for his dreams. He wants to become a singer, and that's why he decided to perform on America's Got Talent show. 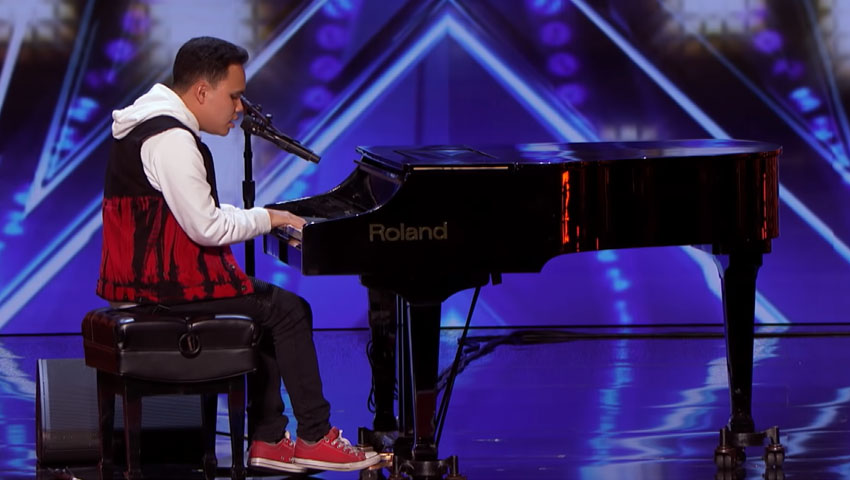 America's Got Talent, Youtube
Kodi stepped on stage in the company of his mother Tina Lee, then quickly shook his shyness there. He sat for the piano, then he started to play and sing "A Song For You" song, performed by singer Donny Hathaway in 1971.

As soon as he started to sing, the judges were surprised at the outcome. In front of them, one of the great talents in the history of America's Got Talent show was sitting. Autistic Kodi played a song and sang with a perfection, and with his performance he impressed all those present in the hall.

The most enthusiastic about his talent was the new judge Gabrielle Union, who is otherwise engaged in dancing. She gave 22-year-old Kodi the Golden Buzzer, which leads him straight to the quarter-finals of the America's Got Talent show.

Listen to the wonderful performance of blind Kodi Lee, who also has one of the forms of autism. To date, nearly 2 million viewers have watched his performance online. Will his wonderful talent also move you to tears?
Tweet StumbleUpon
Current article has no comments yet.
Will you be the chosen one who will comment first? 😆
Top videos of the week
Subscribe to free Klipland newsletter and get top videos of the week on your email.

Oblivion NPC Runs For Her Life After Destroying Bus Window

Great Reason To Get A Golden Retriever Dog

A Strong Wind Took The Roof Off Of A Building

Man Surprise His Prison Teacher Who Helped Him During Difficult Time

'You Are The Reason' Mother-Daughter Duet To Calum Scott Hit

Niagara Falls Get Covered In Snow Due To Cold Weather