If you have not yet seen how Kodi Lee performed on the audition of America's Got Talent, then you must see his performance.

22-year-old Kodi Lee is blind, and he also has autism. At the audition of America's Got Talent he inspired many singing "A Song For You" by the musician Leon Russell, and he also received a Golden Buzzer from the judge Gabrielle Union! 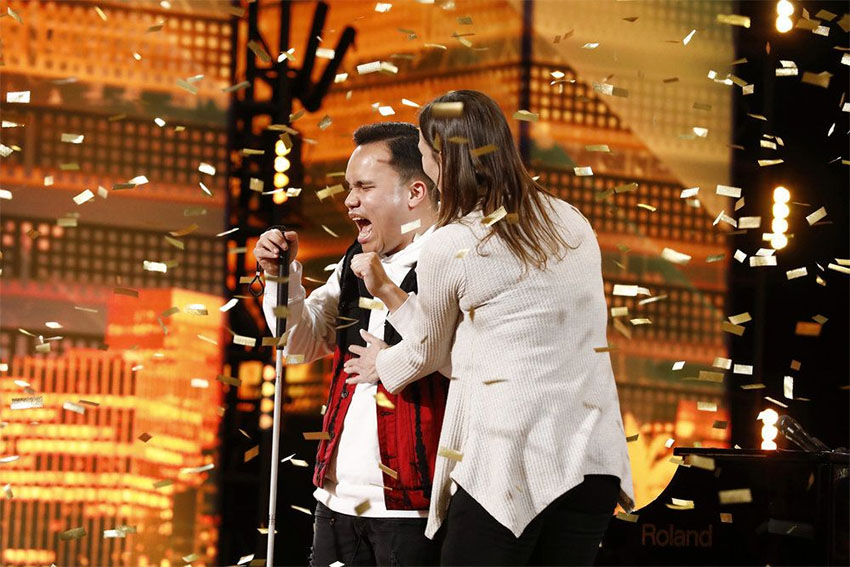 WATCH: 22-year-old Kodi Lee gets the Golden Buzzer on America's Got Talent

These days, one of the most beautiful performances went viral on the web, in which we can hear handsome Kodi Lee performing in the past year. He sang the song "Sound of Silence" by all known Simon & Garfunkel, who introduced the song in 1964. Since then, many musicians have tried to cover the song, and one of the most notable covers comes from the Disturbed in 2015.

Listen to how blind Kodi Lee, who also has autism, sang the song "Sound Of Silence" by Simon & Garfunkel last year. Will the young man impress you with his singing skills this time too?
Tweet StumbleUpon
1
Susan Ticker Dowling
beautiful voice
Top videos of the week
Subscribe to free Klipland newsletter and get top videos of the week on your email.

Allie Sherlock Performs "Creep" By Radiohead On The Streets Of Dublin, Ireland

Car Flips Over, Almost Hits A Pedestrian On The Sidewalk

Polar Bears Hunt A Drone From Under The Ice

Dying Owner Gets Last Visit From His Best Friend Horse

Whale Jumps Out Of Water Repeatedly

Baby Swans Jumping From The Bridge

Dog In China Sneaks Ice Cream While Owner Is Asleep

Truck Stuck In Mud Gets Saved By Ship

Woman From South Korea Performs A Song On A Handpan