Jennifer Lopez has a lot of responsibilities in life. She works with music, acting, dancing, and at the same time she is a producer and a political activist.

From the previous law, she also has two children with Marcus Anthony - Max and Emme. It all looks like her daughter is walking in mom's footsteps... 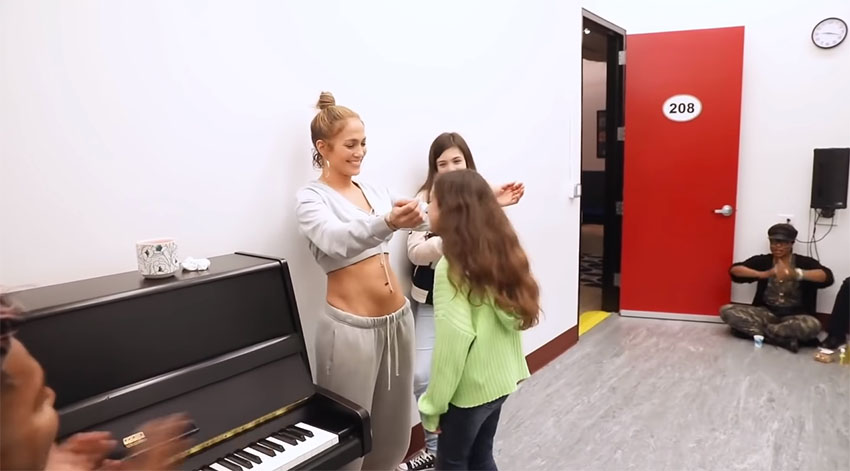 Anitta Jlover, Youtube
Because this year Jennifer Lopez will have a concert tour after seven years, she is doing a lot of practice with other singers who will accompany her performances at the concerts.

The 11-year-old daughter Emme also joined her during one vocal rehearsal. Jennifer encouraged her to show her singing talent to the audience, so Emme began singing.

She sang the song of Alicia Keys, and she impressed all those present with the appearance. Thanks to the video, you can also hear the singing talent of the 11-year-old Emme.

Listen to the wonderful singing of Emme, who has proven to be in the footsteps of Jennifer Lopez despite her youth!
Tweet StumbleUpon
Current article has no comments yet.
Will you be the chosen one who will comment first? 😆
Top videos of the week
Subscribe to free Klipland newsletter and get top videos of the week on your email.