The kayaker captured moving scenes in Namibia, off the Atlantic coast.

Together with his friends, he came to the rescue of helpless seal pups, which became entangled in discarded fishing nets. 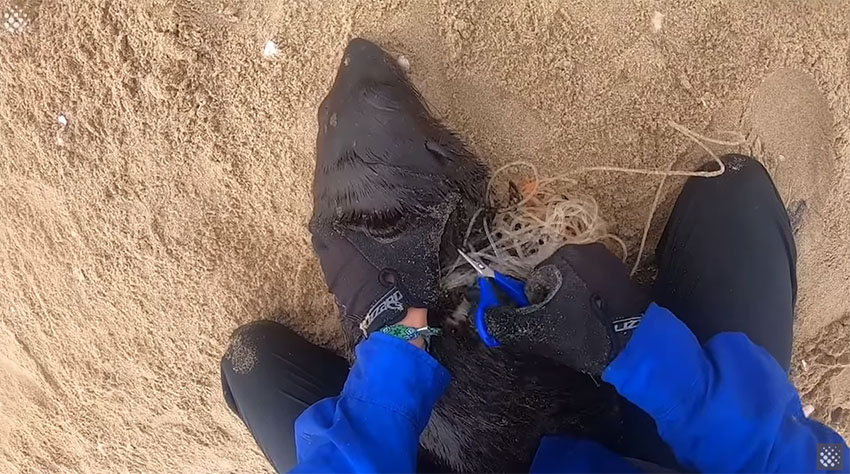 Newsflare, Youtube
Scenes were captured on camera by Schalk Louw after he noticed a large number of small seals in trouble on the coast. Many have become entangled in fishing nets that have been dumped by fishermen in the past.

The clip shows a group of small seals running towards the sea in Namibia. The kayakers caught some, but only to free them from the nets in which animals had previously entangled.

The whole rescue was captured by Louw on camera, and the rescued seals then happily moved to the sea. Well done to kayakers for such a successful rescue!
Tweet StumbleUpon
Current article has no comments yet.
Will you be the chosen one who will comment first? 😆
Top videos of the week
Subscribe to free Klipland newsletter and get top videos of the week on your email.