The remarkable Kodi Lee returned to the stage of America's Got Talent this time, where he again shone with his singing talent.

In the semifinals of the America's Got Talent, he sang the worldwide hit "You Are The Reason", originally performed by singer Calum Scott. 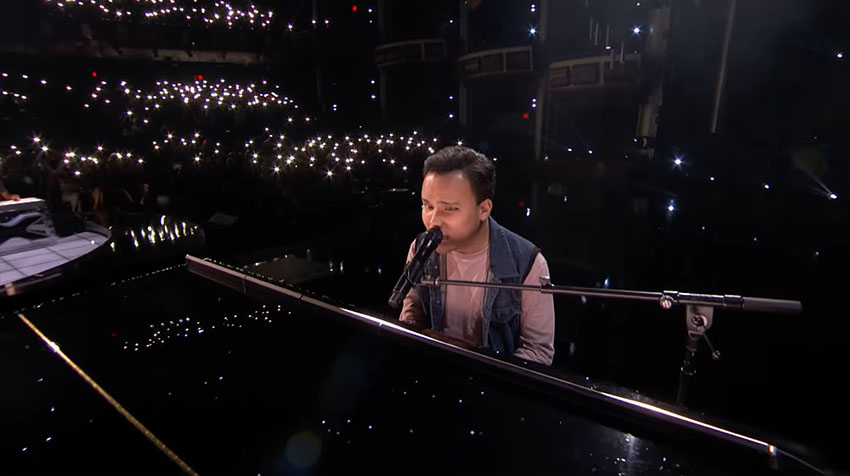 America's Got Talent, Youtube
Kodi is a blind, autistic boy who found his immense happiness in singing. Many have already been blown away at the AGT audition of the sympathetic 22-year-old when he sang Donny Hathaway's "A Song For You" back from 1971. At the time, he also received the Golden Buzzer from the judge Gabrielle Union.

WATCH: Kodi Lee Gets Golden Buzzer On Auditions Of America's Got Talent

In the semifinals of America's Got Talent, Kodi once again proved himself - this time he sang the worldwide hit "You Are The Reason", which is originally performed by singer Calum Scott.

Kodi spiced up his singing performance by playing the piano, and tears could be seen among the judges. With his performance, Kodi created such a pleasant atmosphere in the hall that at the end he received a standing ovation from every single guest!

Listen to the wonderful performance with which Kodi Lee has once again took over many around the world. Sincere congratulations on such talent!
Tweet StumbleUpon
Current article has no comments yet.
Will you be the chosen one who will comment first? 😆
Top videos of the week
Subscribe to free Klipland newsletter and get top videos of the week on your email.