Two days ago, the Facebook was surounded by a video clip shot by Rebecca Connell while driving on a forest road. During the drive, she witnessed a momma bear infront of her, and then her little cubs came behind her.

The video has quickly circled the world, and has so far captured an enormous 20 million views. 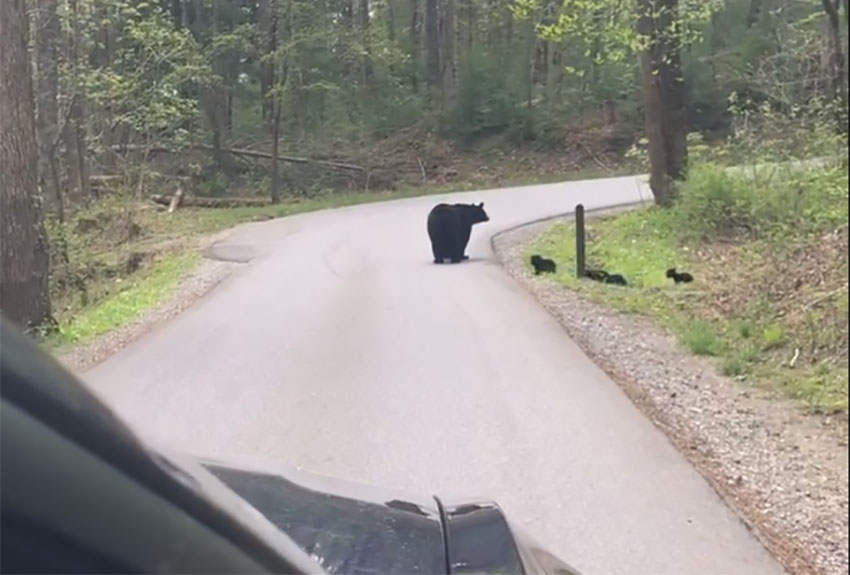 Rebecca Connell, Facebook
Rebecca Connell was driving across the forest path with her car in the Smoky Mountains near Knoxville, Tennessee, where she encountered a very special scene.

The path was first crossed by a bear, so Rebecca stopped her vehicle and began to record the scene.

Soon after the momma bear, four cubs came from the forest. For bears, it's usually common to have two or three cubs at once, but the mother bear in the video was obviously very lucky.

Take a look at this wonderful scene that surrounded the world these days and inspired many! Don't forget to share it with your friends.