One Of The Funniest, Cleverest Soccer Goals We've Seen In A Long Time

Carlos Andres Ferreyra captured a scene from a soccer match in Argentina in which one of the attackers took care of a real masterpiece. His move was praised by many, and you will surely be enthusiastic about it yourself.

In fact, he did not do much, but just enough for his team to score a goal... 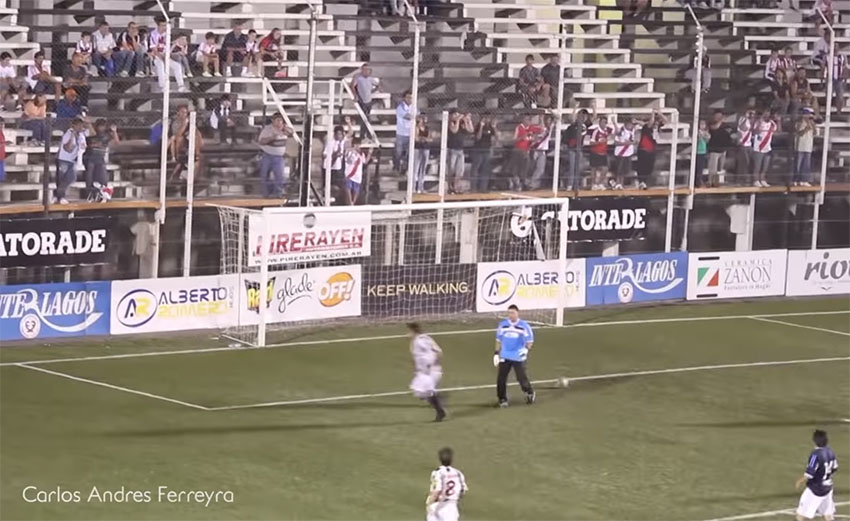 Caters Clips, Youtube / Carlos Andres Ferreyra
Pablo Parra of the Argentine club Cipolletti surprised the goalkeeper of the opposing team with clever move, making sure that his team came to a new goal.

He was about to receive a pass from team-mate Luis Alberto Carranza when he stepped over the ball instead, confusing the keeper. With his move, the goalkeeper thought that he would finish the attack alone when the ball had already landed in the net.

This video exploded on Instagram, where it reached over 5 million views in just a few days. Take a look at what move Pablo Parra has performed to trick the goalkeeper of the opposing team!
Tweet StumbleUpon
Current article has no comments yet.
Will you be the chosen one who will comment first? 😆
Top videos of the week
Subscribe to free Klipland newsletter and get top videos of the week on your email.