Shocking Video Shows The Amazon Rainforest Burning Down In Flames

The Amazon rainforest, also known as Amazonia or the Amazon Jungle is in the midst of many fires.

The Amazon has been in deep, deep trouble ever since far-right president Jair Bolsnaro took over running Brazil. Advocates feared his regime would commit ecological "genocide" in the Amazon and with each passing month, those fears are becoming reality. 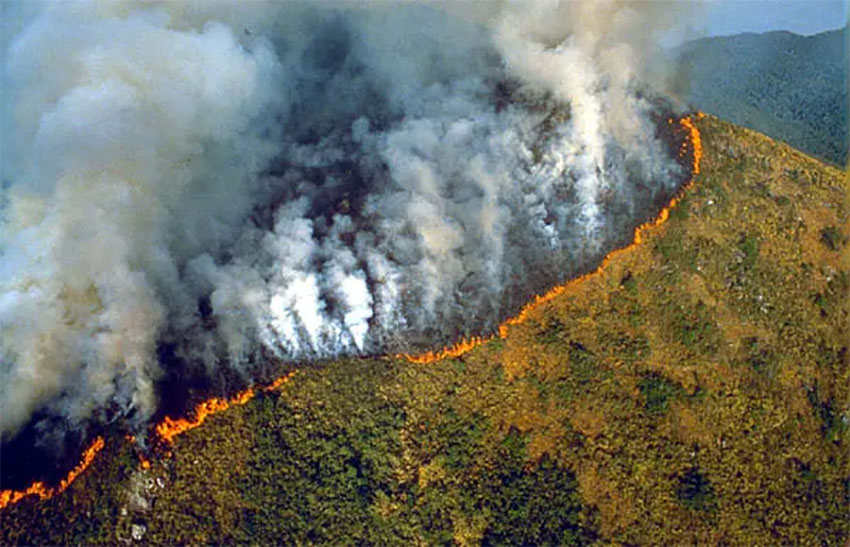 Sipa Press/Rex Features
According to the National Institute for Space Research, fires in Brazil's primeval forest are growing more and more frequently each year.

In Monday, many residents of Amazonas and Rondonia, Brazil, remained speechless - dense black smoke completely covered the city, and for a good hour, residents saw virtually nothing.

This year alone there are 83 percent more fires than last year, which is the highest number since 2013.

In addition to the "lungs of the Earth", the Amazon Forest is also known to be the world's largest treasure of biodiversity, providing home to 10 percent of animal and plant species on our planet Earth.
Son of a biscuit!
Our website has detected this video doesn't work. The staff is doing everything to make it work again.
Watch similar videos

Beirut Explosion Rocks Bride's Photoshoot
Tweet StumbleUpon
Current article has no comments yet.
Will you be the chosen one who will comment first? 😆
Top videos of the week
Subscribe to free Klipland newsletter and get top videos of the week on your email.