Stolen Dog Reunited With His Owner After 2 Years

A special scene was uploaded on the Facebook network by a Ukrainian animal shelter. They saved a dirty stray dog ​​who lived on the streets, then searched for new owners on the web with photos.

The dog was emaciated and covered in mange, but the shelter gave him lots of food, attention, and medical care. 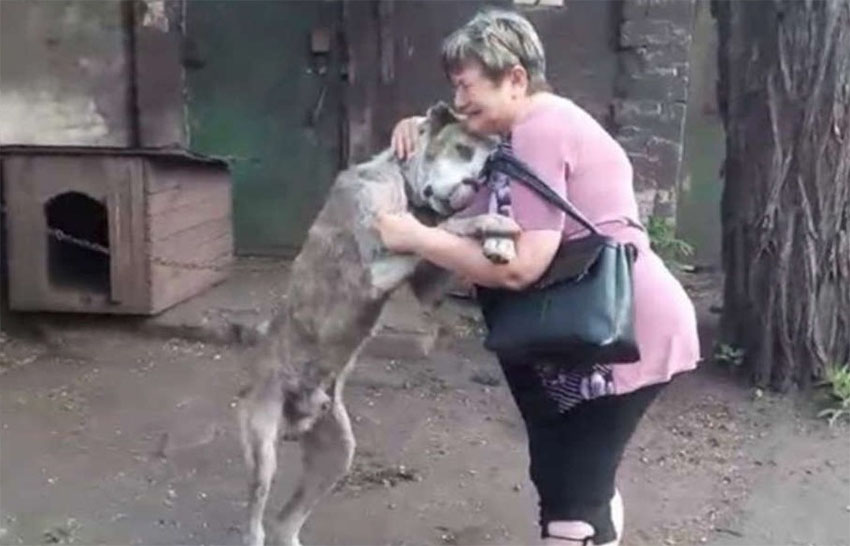 МКП "Щасливі тварини", Facebook
When they posted a photo of a puppy on the Facebook to be adopted by someone, they soon found out that the dog already has its home.

Only two days after the photo went viral, the shelter was contacted by a woman: She said that the dog in the photo looks like her lost puppy. Her dog, Lord, was stolen in her backyard in 2017.

She struggled with loss, and she looked for her puppy for the last two years. She never gave up!

When the woman came to the shelter, she immediately realized that the dog really is Lord! Managers in the shelter recorded the moments of a reunion on the camera, and the video is on a real success on the web already. See how the reunion of the owner and the lost dog looked like!
Tweet StumbleUpon
Current article has no comments yet.
Will you be the chosen one who will comment first? 😆
Top videos of the week
Subscribe to free Klipland newsletter and get top videos of the week on your email.