Only a few hours ago, a video was uploaded on the web in which the damage caused by a recent fire at the Notre-Dame Cathedral in the middle of Paris was captured with the help of a drone completely close by.

Experts now say that the renovation will last for several decades, and many wealthy Frenchmen have come to the aid. 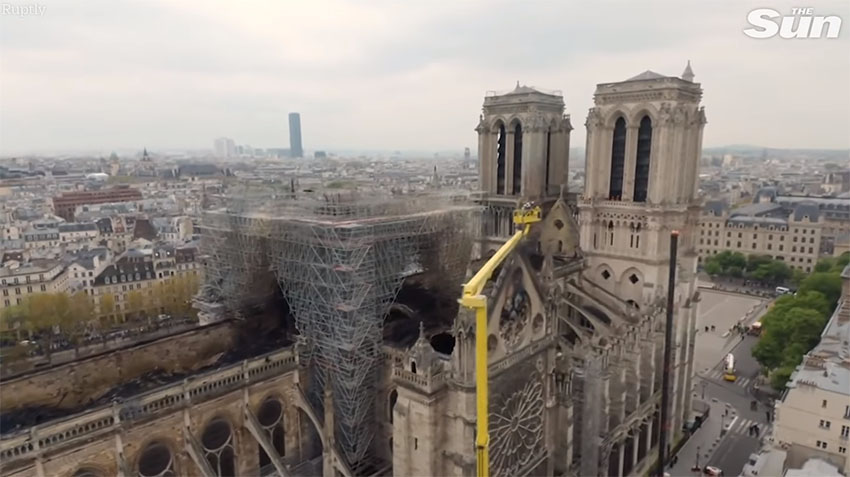 The Sun, Youtube / Ruptly
In his speech, French President Emmanuel Macron said that the Notre Dame Cathedral will be restored in five years, but experts have the opposite opinion. They say that the renovation will definitely last for several decades.

Watch the video: How Central Spire Collapsed During Fire On Notre-Dame Cathedral

The firemen needed nine hours to finally extinguish the fire at the cathedral in the middle of Paris, and now there are investigators and many experts on the work who check the strength of the remaining structures.

On the Internet, a video clip from the air has now been released, revealing the damage that occurred at the Notre-Dame Cathedral. The roof is completely destroyed, and the famous bell tower is destroyed.

Look how the Notre-Dame Cathedral looks like two days after the devastating fire!
Tweet StumbleUpon
Current article has no comments yet.
Will you be the chosen one who will comment first? 😆
Top videos of the week
Subscribe to free Klipland newsletter and get top videos of the week on your email.