In the plane crash that happened in Nepal these days, three people lost their lives. Lukla Airport is considered one of the most dangerous airports in the world, which was again proved in these days.

During the take-off, the pilot of the aircraft lost control, then collided with a helicopter that was just preparing to take off.

Take-off and landing at the airport is very demanding, because the size of the runway is very short due to the location. In the accident that occurred at the said airport in Nepal in those days, three people lost their lives - a pilot of the plane and two police officers who were standing by the helicopter. Three more are seriously injured.

For now, it's still not clear what was the cause of this serious accident.

Lukla Airport is located at an altitude of 2.845m (9.333ft) and is considered the most dangerous airport in the world. In 2008, 18 people died in one of the aviation accidents, of which 12 were Germans. Due to the demanding location of the airport - on one side there is a 700-meter deep cliff - only the most experienced pilots who have previously carried out at least 100 landings and take-offs on such a short runways  are allowed to land there.

Son of a biscuit!
Our website has detected this video doesn't work. The staff is doing everything to make it work again.
Watch similar videos 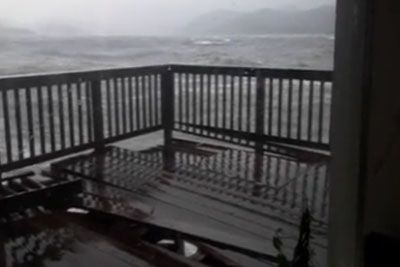 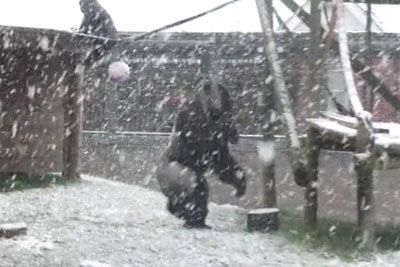 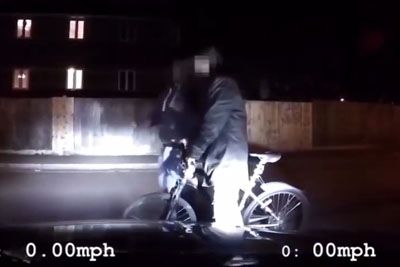 Kid Pretends To Be Hit By An Undercover Police Car
Take a look at how the horrible accident from the past days was captured by the security camera at the airport.
Tweet StumbleUpon
Current article has no comments yet.
Will you be the chosen one who will comment first? 😆
Top videos of the week
Subscribe to free Klipland newsletter and get top videos of the week on your email.