On Wednesday, Facebook social network was encircled by a video from Amarillo, Texas, which was captured by photographer Blake Brown.

He recorded the real power of nature in the mentioned city - the strong winds overturned a lot of trucks, and Blake Brown managed to capture some accidents on the camera. 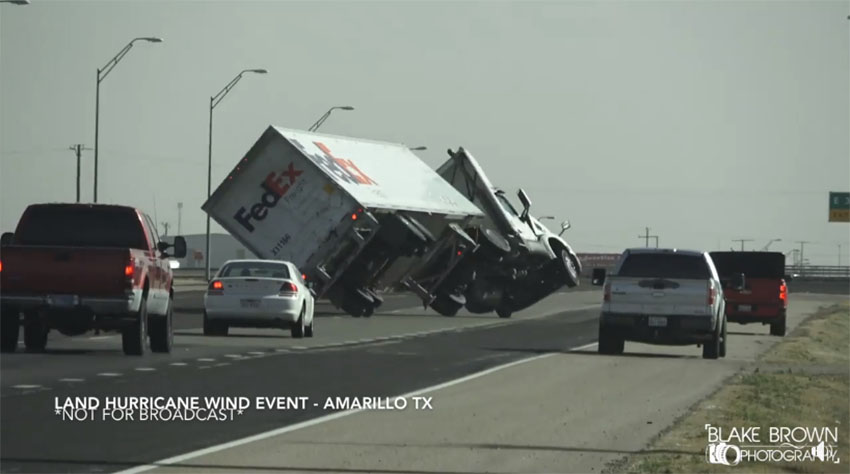 Blake described the whole day as something crazy, as the wind in the storm was blowing with the speed over 80 mph in the city of Amarillo. Many places were badly damaged by the wind, and some truckers experienced the power of the wind on their own skin.

In the north of the I-40 motorway, Blake has captured two scenes in which one can see how the wind has overturned two semi trucks.

The entire video exceeded 3.4 million views only on the Facebook network, and to date it has accumulated over 11,000 reactions and nearly 70,000 shares.

Take a look at how the wind blew this place in Amarillo in Texas.
Tweet StumbleUpon
Current article has no comments yet.
Will you be the chosen one who will comment first? 😆
Top videos of the week
Subscribe to free Klipland newsletter and get top videos of the week on your email.