King is a 12-year-old dog who had a much more difficult life than most puppies. For the most part of his life, he spent his time on the streets, since he never had any loving owners.

Recently, King was hit by a car and lost one of his front legs in an accident. He was operated and then transported by Marley's Mutts volunteer company to one of the shelters. 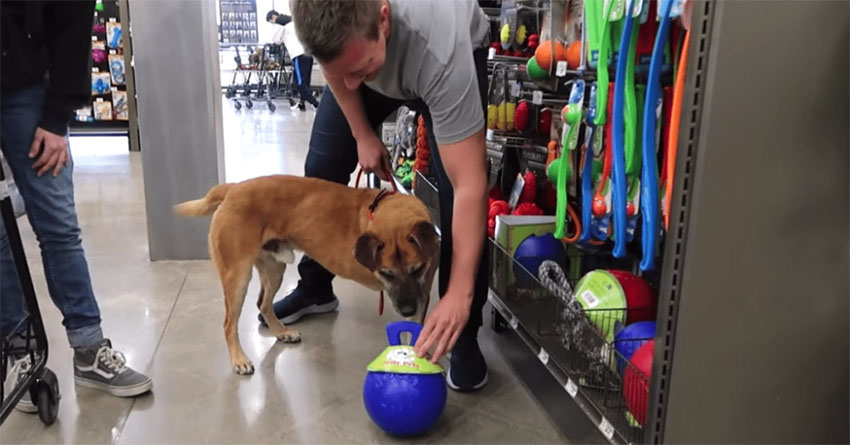 Rocky Kanaka, Youtube
They knew that the adoption of the King would be difficult, since he is a senior dog, and the fate wanted that he would lose a leg in the accident. And it was true - months passed by, and noone wanted to adopt King...

Until the moment when his story was heard by Rocky Kanaka, who has his own TV Show Dog's Day Out. He decided that he would make the best day for King...

In the mentioned show, the host takes care for dogs from the shelters as he gives them various gifts and trips, and almost everytime such dogs find new owners. When he read the King's story, he quickly decided to give him whatever he wanted!

Everything that King touched in a pet shop, Rocky Kanaka bought for him. And what's the best part of this story? Since the video was exposed to media, King has already got his new loving owner!
Tweet StumbleUpon
Current article has no comments yet.
Will you be the chosen one who will comment first? 😆
Top videos of the week
Subscribe to free Klipland newsletter and get top videos of the week on your email.