George is a cat from New Zealand living near neighbors who own three parrots. Everything sounds like a recipe for catastrophe, but birds are always safe and separate from George.

Often, they are observing each other through glass, and on the web, a special scene has landed these days. 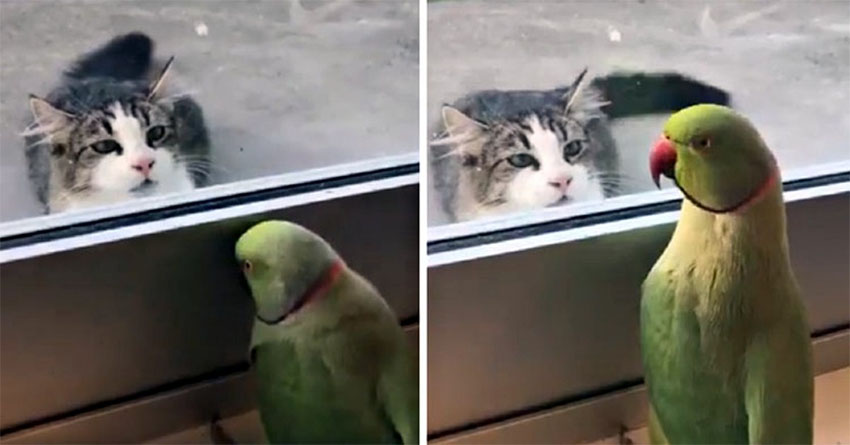 ViralHog, Facebook
The owner of the parakeet Oscar shared a video clip among friends, in which it is possible to see the mentioned bird, who watches neighbors' kittens through the window. A two-year-old parakeet played peekaboo with the cat, and with his venture he laughed many animal lovers.

"Peekaboo," were the words that the Oscar said in the video next to the kitten, and then he hid under the window in the next moment.

Increase the volume and enjoy the fun scene when the parrot Oscar surprised his neighbor's cat George with his move. Will the video also bring you good laugh? Don't forget to share it among friends...
Tweet StumbleUpon
Current article has no comments yet.
Will you be the chosen one who will comment first? 😆
Top videos of the week
Subscribe to free Klipland newsletter and get top videos of the week on your email.