These days, the web is surrounded by a photo of a Harpy Eagle, which has left many speechless with its size.

Many viewers thought it was the image of a man in an eagle costume, but this is not really the case. 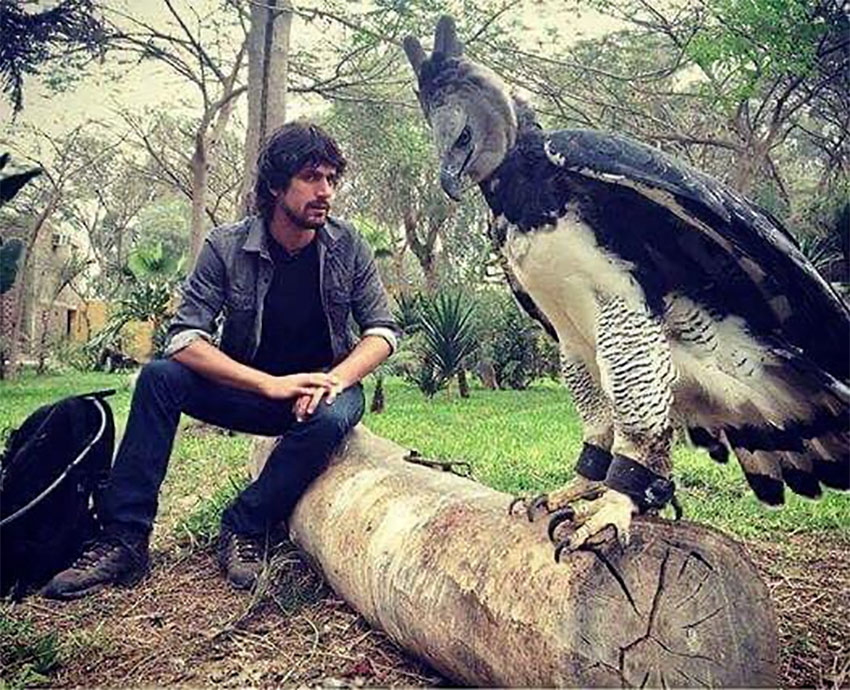 @Eaco_M, Twitter
The Harpy Eagle is usually about 90 centimeters tall, and its wingspan is up to two meters. It is considered one of the largest and most powerful species of eagles in the world!

These days, the web has been surrounded by a photograph of a remarkable eagle mentioned, which, which has taken many people's breath with its mighty. Bird experts are convinced that this is one of the largest eagles in the world.

The nests of these eagles are so large that an adult can comfortably fit in.

The World Center for Birds of Prey, located in Idaho, recorded the Harpy Eagle Luigi years ago. He is much smaller than the eagle in the photo, but it is a male. The females Harpy Eagles are known to be larger than males and can weigh up to 10 kilograms.
Tweet StumbleUpon
Current article has no comments yet.
Will you be the chosen one who will comment first? 😆
Top videos of the week
Subscribe to free Klipland newsletter and get top videos of the week on your email.