Many of us have seen a lot of dance talents who show completely different style of dance. But we have not seen such a talent as a 10-year-old girl from Romania has.

Ema Stoian presented her wild dance at Romania's Got Talent and raised everyone in the hall on their feet and took care of the real sensation! 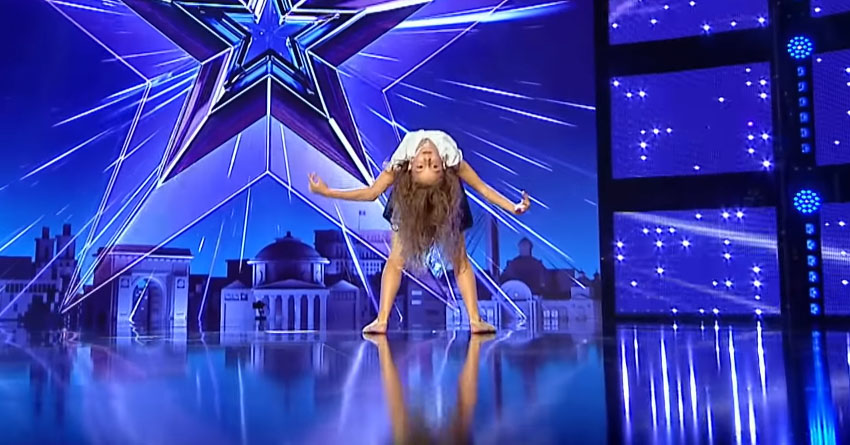 Românii au talent, Youtube
In Romania's Got Talent Show, Ema Stoian from Bucharest appeared on the auditions, leaving all the judges with no words. She showed her dance talent with the song "Unstoppable", which is originally performed by the world famous singer Sia.

On the big stage she impressed many with her "wild" version of the dance, and with a strong mimic, she captivated everyone present in the hall at the very beginning.

Judges were excited! So very much that the lovely Ema Stoian earned a Golden Buzzer for her dance performance, which leads her straight into the semi-finals of the show.

Take a look at the audition performance featuring a 10-year-old girl from Romania which became a real sensation on the web!
Tweet StumbleUpon
Current article has no comments yet.
Will you be the chosen one who will comment first? 😆
Top videos of the week
Subscribe to free Klipland newsletter and get top videos of the week on your email.