Roberta Battaglia, a 10-year-old girl from Canada, also auditioned for the America's Got Talent show.

Even though she is still very young, she impressed all the judges with her singing talent - so much so that she even received a Golden Buzzer for her performance! 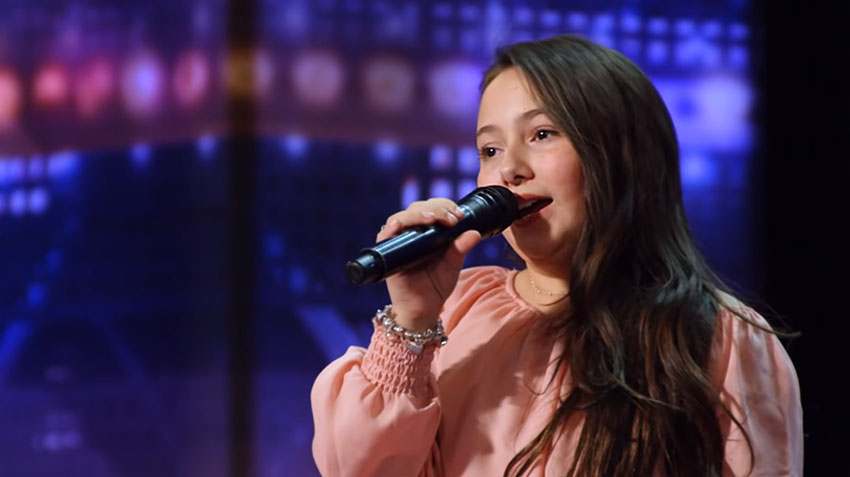 America's Got Talent, YouTube
Roberta Battaglia had a hard time holding back tears as she entered the stage when she saw a large crowd of people and famous judges in front of her. She was particularly impressed with film actress Sofia Vergara, who takes a place among the judges.

The brave girl presented herself in the show America's Got Talent 2020 with the hit "Shallow", originally performed by Lady Gaga and Bradley Cooper.

For a wonderful performance, Roberta received the Golden Buzzer of juror Sofia Vergara, which takes her straight to the semi-finals. Would you believe a 10-year-old girl has such an adult voice?
Tweet StumbleUpon
Current article has no comments yet.
Will you be the chosen one who will comment first? 😆
Top videos of the week
Subscribe to free Klipland newsletter and get top videos of the week on your email.

Hauser Performs "River Flows In You" By Yiruma On Krka Waterfalls

Cyclist Takes His Grill On A Ride In Dallas, Texas