Among country lovers, the song "Cotton-Eyed Joe" is extremely popular. It can be heard at numerous parties and dance events, and the song is always the right choice for unforgettable moments.

These young girls also played this song on their fiddles, and with their footage they quickly circulated the whole web and impressed many. 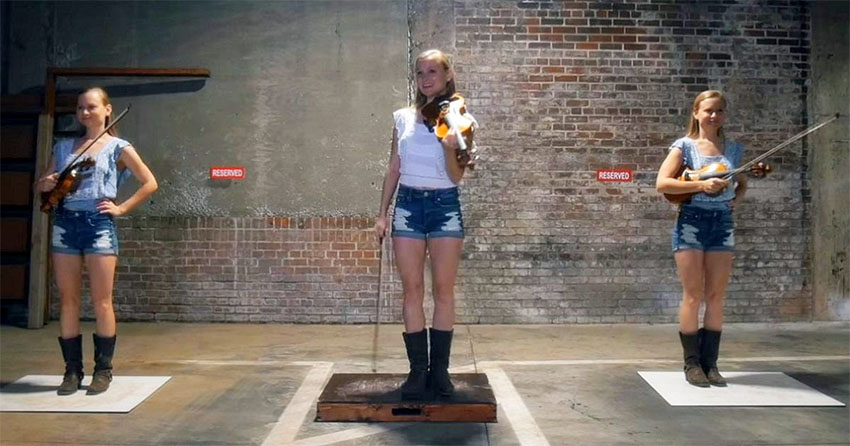 Hillary Klug, Facebook
Hillary Klug, together with two friends, first took fiddle in her hands, and then played the aforementioned song "Cotton-Eyed Joe", which is originally performed by the Rednex music group. The girls also spiced up their musical talent with exceptional dance steps, which were a real treat for the eyes together with music in the background.

Dance steps have been shown in the style of tap dance, and with their talents, lovely girls have impressed the whole world!

Hillary Klug has been involved in dance since she was eight, and at the age of thirteen she has fallen in love with playing fiddle. Now she has joined together in a company of two friends, and they will definitely take over you too! Don't forget to share their performance among friends...
Tweet StumbleUpon
Current article has no comments yet.
Will you be the chosen one who will comment first? 😆
Top videos of the week
Subscribe to free Klipland newsletter and get top videos of the week on your email.