Angry Ram Vents His Fury On A Bag Of Insulation Fibre

Years ago, a video landed online in which we can see a ram showing his strength and anger.

His owner undertook to renovate the insulation work at the house, and in the bags of insulation his ram apparently saw an enemy.

A ram named Rambro, according to the owner, soon began pounding with all his might into a bag containing glass wool. The owner could not take the bag to the house, and he preferred to film the scene with the angry ram on camera.

His video is already a real hit on the YouTube network - to date, it has already reached more than 3.5 million views.

See what power rams have when they pounce on their (imaginary) enemy. Another reason why it is by no means wise to challenge these animals.
Tweet StumbleUpon
Current article has no comments yet.
Will you be the chosen one who will comment first? 😆
Top videos of the week
Subscribe to free Klipland newsletter and get top videos of the week on your email. 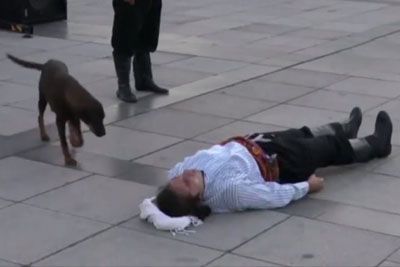