CEO Reduces His Salary To Give More Money To Employees, Gets Tesla For Surprise

Gravity Payments CEO Dan Price did something years ago that his employees will never forget. He greatly reduced his salary and raised it for all other employees!

By doing so, he let employees know that the company would not be able to operate without them and that they were the ones who deserved most of the success. With a higher salary, he wanted to motivate the workers even more, while thanking them for their dedication.

Employees were so moved by the CEO's move that they showed their gratitude in a very special way - they bought him a Tesla car that Dan wanted very much. They were saving up to a year, and in the end, they moved Dan to tears with their gift! 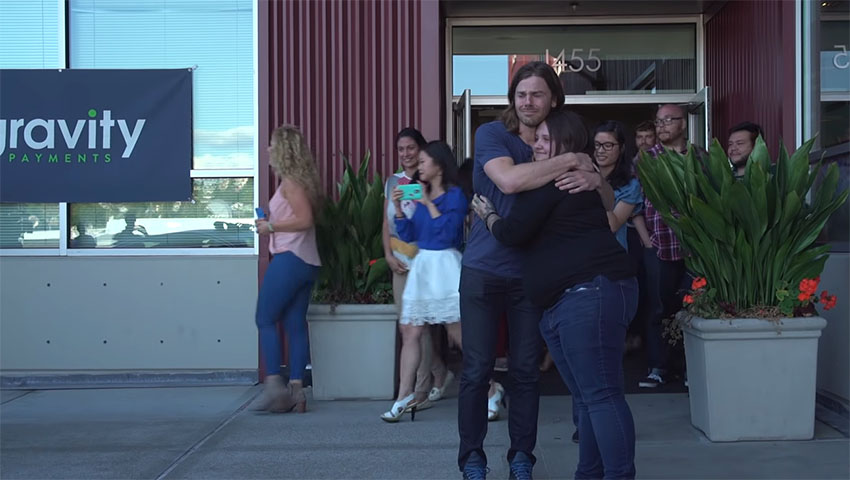 Gravity Payments, Youtube
He did not want to buy the vehicle himself, as he preferred to spend money on useful things - even to raise his employees' salary. His gratitude impressed the employees, who also added a special board inside Tesla with a wonderful dedication to Dan.

As the employees' salary rises, Dan was criticized by some businessmen for saying his business would collapse. He proved the opposite to them, as the company's profits doubled, while hiring another 50 new employees. Well done Dan!
Tweet StumbleUpon
Current article has no comments yet.
Will you be the chosen one who will comment first? 😆
Top videos of the week
Subscribe to free Klipland newsletter and get top videos of the week on your email.