In past April, the female a cappella group Noteworthy posted a new video on the web, in which members showed up at the song "I Can Only Imagine".

The song has already touched many of the world's many times, and even today it is considered one of the most beautiful Christian songs. 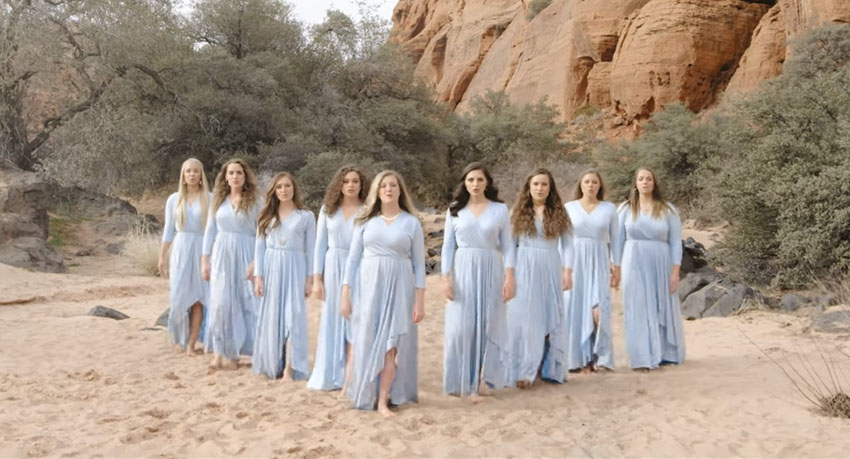 BYU Noteworthy, Youtube
The song "I Can Only Imagine" is also the best-selling Christian song of all time. It was released in 1999 by the American music band MercyMe, and is heard in many churches throughout the United States.

The talented singing group, which consists exclusively of women, impressed many with their cover of the song. They taped the scenes in a wonderful ambience in nature, and the video of their performance has so far collected almost 800,000 views.

Listen to the wonderful performance of the female a cappella choir Noteworthy, where you will also realize that this is pure soul balm. Will the girls singing "I Can Only Imagine" take over you too?
Tweet StumbleUpon
Current article has no comments yet.
Will you be the chosen one who will comment first? 😆
Top videos of the week
Subscribe to free Klipland newsletter and get top videos of the week on your email.