Iran Strikes Back At U.S. With Missile Attack On Bases In Iraq

Iran has attacked at least two US Army bases at night using ballistic missile - both located in northern Iraq.

US media report that there are no casualties among their soldiers, but local media in Iran say that at least 80 people have been killed in their attacks, most of them US soldiers.

Iran is said to have fired at least 22 ballistic missiles at two military bases in neighboring Iraq. The first attack happened just before the burial of the Iranian General Kasem Solejmani, while the second in Erbil followed shortly after the first rockets hit the Al Assad bases.


The shocking night scene at the Iraqi air base was also captured on camera, and footage was confirmed as authentic by Iranian state television. "It's coming, it's coming...third is coming" we can hear in a video showing a moment of attack in one of the outposts.

"It's coming, it's coming...third is coming"
Footage allegedly shows the moment that #Iranian missiles lands in #Iraq's Ain AlAssad air base that hosts #US troops pic.twitter.com/wlRQZgYk7C

Iran's Foreign Minister Javad Zarif announced shortly after the attack on Twitter that their attack was in self-defense, while denying that they are trying to start a war. At the night, an Ukrainian plane crashed in Iran with 176 passengers onboard. 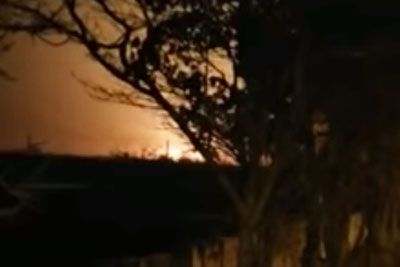 
Another video clip surrounded the Web, showing the launch of ballistic missiles that hit two US military bases in Iraq.