A Ukrainian plane carrying 176 passengers on board crashed in the Iranian capital Teheran tonight. The crash happened just minutes after takeoff, and according to first information, the plane was said to have crashed due to engine failure.

None of the passengers survived the accident, and the plane was found completely scattered.

Engine failure theory is not drinking water for many, as the accident happened just in the wake of the Iran-US conflict, when two US Army bases in Iraq were hit by rockets at night. 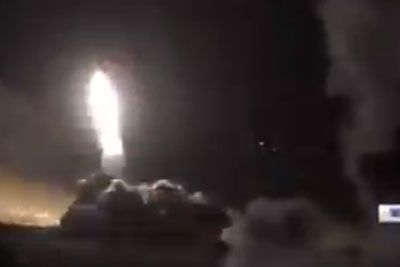 Iran Strikes Back At U.S. With Missile Attack On Bases In Iraq


Most victims in the plane crash are Iranians and Canadians, with more Swedish, UK, Ukrainian and Afghan nationals on board.


The Ukrainian Embassy initially stated that the crash had happened due to engine failure, but later withdrew its statement. Iran refuses to hand over the flight recorder to Ukraine, which only fueled the theory that it was no ordinary plane crash.

A video of the Boeing 737-800 was also uploaded online, showing that the aircraft was already burning in the air. What really happened will only be revealed by the investigation.