Jacob Jones Gets Stopped By Simon Cowell, Then Brings BGT Audience To Tears

Jacob Jones, who is a barber, also introduced himself in the British's Got Talent show.

On stage this he presented himself with singing, and there he took care of another great surprise, which bring the whole hall to tears. 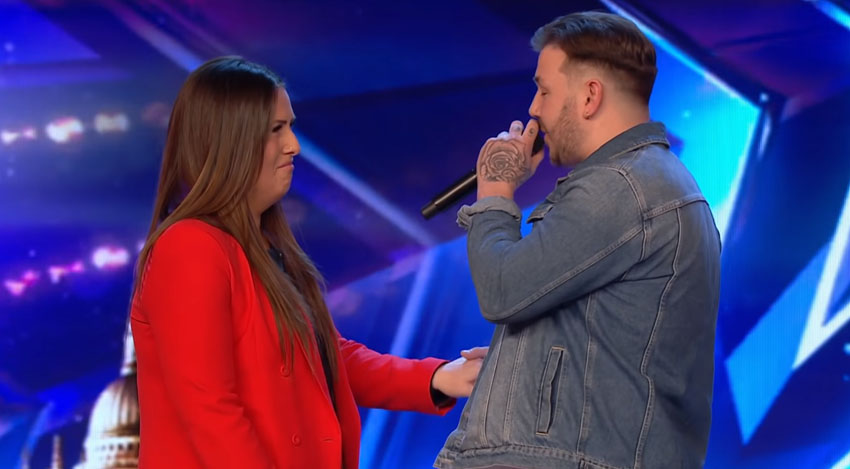 Britain's Got Talent, Youtube
The charming young man presented his talent on British's Got Talent while singing the song "You Are So Beautiful", followed by a real drama. Strict judge Simon Cowell interrupted him during the performance, and then told him to sing the song without musical accompaniment.

Jacob Jones then proved he has amazing singing talent and again performed his act with excellence. But the surprise was not over yet...

He received praises from all the judges, then invited his girlfriend Faye Compton to the stage. Before her, he went to his knees, asked her for a hand, and got another "yes" for the fifth time in the evening!

Listen to the wonderful performance of Jacob Jones from the British's Got Talent when he sang the song "You Are So Beautiful", and at the end moved his girlfriend to tears with unexpected move!
Tweet StumbleUpon
Current article has no comments yet.
Will you be the chosen one who will comment first? 😆
Top videos of the week
Subscribe to free Klipland newsletter and get top videos of the week on your email.

Woman Makes The Bad Decision To Take Picture With Bear

Family Works Together To Lie About Hair In Food

Man In Canada Has Been Feeding Raccoons For 25 Years