At a past Halloween celebration, one of the kids from the United States stole all the attention.

Together with his parents, he went on a hunt for sweets, but was left empty-handed at one of the houses, since there were no more sweets in the container. 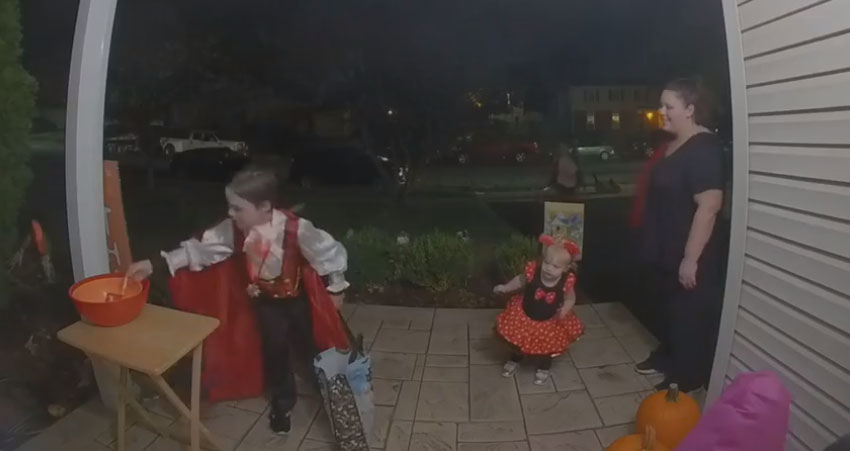 His mother was thrilled with the action, and many people are excited about kid's action thanks to the video taken by surveillance camera.

In just two days, over 14 million Facebook users have watched the beautiful scene, and the video will undoubtedly brighten your day too. Look at the action of a little guy who could be a role model to all the people of this world!
Tweet StumbleUpon
Current article has no comments yet.
Will you be the chosen one who will comment first? 😆
Top videos of the week
Subscribe to free Klipland newsletter and get top videos of the week on your email.