The coronavirus outbreak also has a positive impact, especially on animals and nature.

In Venice, the water has cleaned up, and the web has been surrounded these days by footage from American zoos, where the caretakers excited many penguins with a special act.

Due to the decline in pollution, dolphins have found themselves in the vicinity of many cities in Italy, and other wildlife was spotted on the streets that has never been seen before. In Venice, fish were also observed in the canals. 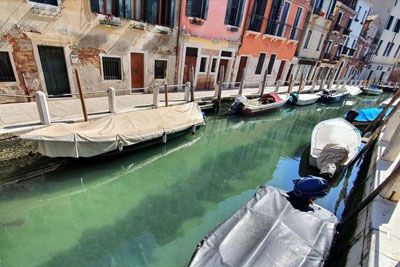 
In the US, due to the emergency, they have give more freedom to penguins at some zoos. They gleefully paw around the spaces where visitors used to be, and the footage quickly circulated around the web.

Take a look at how happy the penguins were after the caretakers released them from the enclosures. Even scenes like this are witnessed when humans withdraw from animals.
Tweet StumbleUpon
Current article has no comments yet.
Will you be the chosen one who will comment first? 😆
Top videos of the week
Subscribe to free Klipland newsletter and get top videos of the week on your email.