Simon Cowell Has 12-Year-Old Ansley Burns Sing Aretha Twice, And She Nails It

In the past audition of America's Got Talent, 12-year-old girl Ansley Burns also appeared. With her attitude, she impressed many people even before the performance, and successfully fought with fright.

She knew that she must impress Simon Cowell, and he was exactly the one who took care for a big dose of drama! 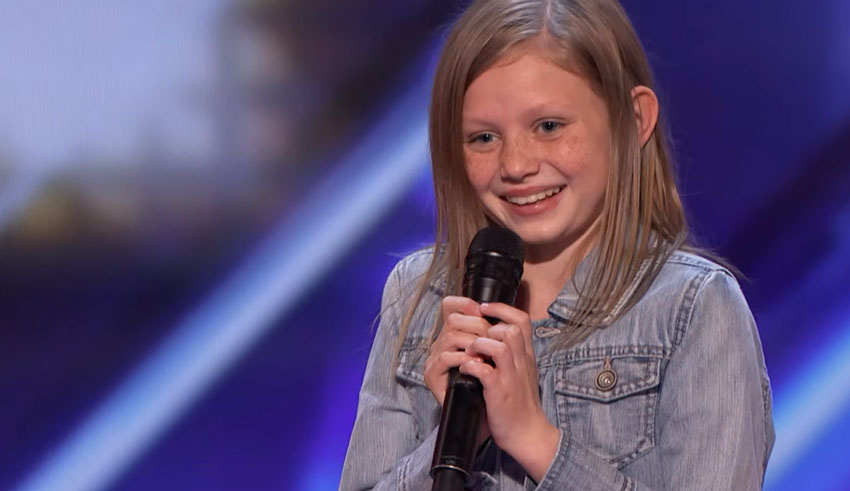 When Ansley began to sing, strict Simon quickly interrupted her performance, but explained that the music in the background only spoils the talent of the girl.

That's why she had to choose courage again, then sing the aforementioned song of singer Aretha Franklin without any musical accompaniment. She again nailed it, and with her voice, rose everyone present in the hall to their feet!

Listen to what singing talent 12-year-old Ansley Burns has...
Tweet StumbleUpon
Current article has no comments yet.
Will you be the chosen one who will comment first? 😆
Top videos of the week
Subscribe to free Klipland newsletter and get top videos of the week on your email.