A surveillance camera in Texas captured a scene last Saturday when a puppy was stolen by two dognappers.

In a day, the video spread all over the web, and the anger towards the thieves is not missing in the comments.

Two suspects drove in front of one of the houses in Mesquite, where Matthew Ivy lives. One distracted the dogs away from the vehicle, while the second, while the next second one grabbed a 10-week-old Chipper by the collar and drove him to an unknown location. 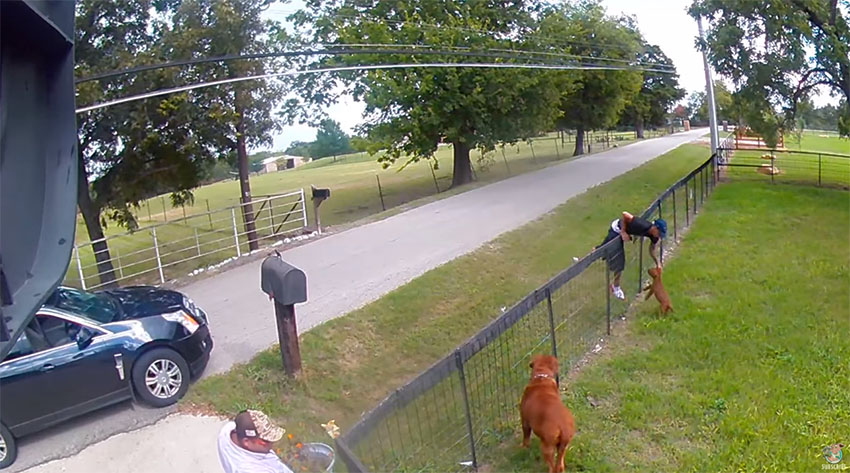 ViralHog, Youtube
"I've always been a dog lover, these guys are family. I know it's not a kid, but to me it feels like that," dog's owner Matthew told the Fox 51.

Police officers are still on the hunt for the suspects, but luckly the puppy is already in the safe hands of the owner. It was bought by Brian Vasquez from dognappers, who didn't know the dog was stolen. When his wife showed him the video, he quickly found the owner and returned the puppy to him.

Take a look at the drama captured by security cameras in the city of Mesquite, Texas, last Saturday in broad daylight. Keep an eye on your puppies as bad guys are waiting for such opportunities on their every step!
Tweet StumbleUpon
Current article has no comments yet.
Will you be the chosen one who will comment first? 😆
Top videos of the week
Subscribe to free Klipland newsletter and get top videos of the week on your email.