An unusual plane crash happened next to the Buttonville Airport near Toronto, Canada. A smaller Cirrus SR20 had problems when taking off, resulting into almost a disaster ahead of the runway.

The runway ends right next to the highway, and one of the drivers also recorded the whole accident on the dashcam in the vehicle while driving. 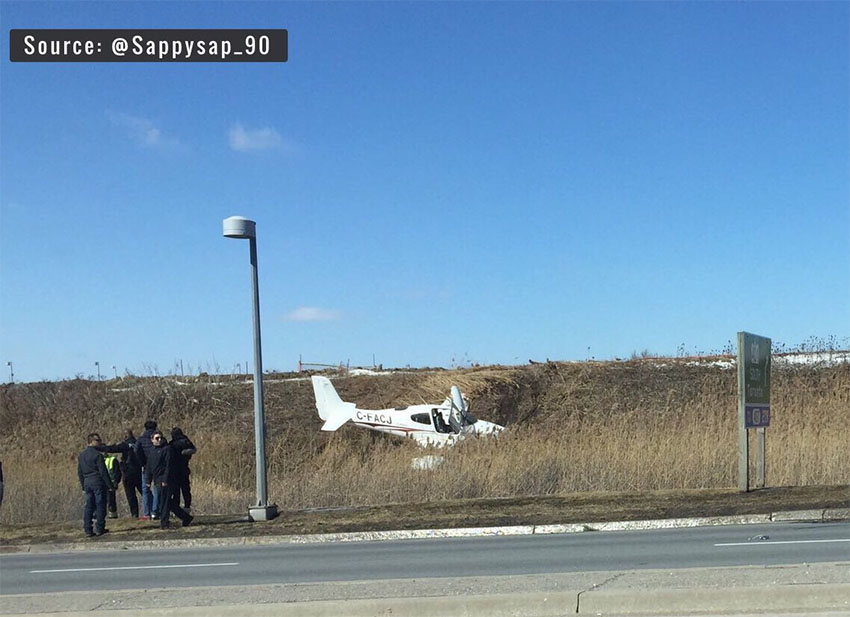 The driver of the vehicle from which the video comes from had a really close call on the scene. During the ride, the Cirrus SR20 with a two-passenger on the deck ran off the runway and then collided with a raised bank.

The runway 33 was closed at the airport after the incident, and both passengers on the plane survived the accident with only minor injuries.

Look at the drama that the passenger car driver witnessed these days when his path was crossed by a small plane on a motorway near the city of Toronto. These are scenes that you do not experience every day!
Tweet StumbleUpon
Current article has no comments yet.
Will you be the chosen one who will comment first? 😆
Top videos of the week
Subscribe to free Klipland newsletter and get top videos of the week on your email.