Photographer Michael Marston of Australia has captured the moment in his camera lens these days, which has taken over many people.

High in the sky, he captured a Qatar Airways Boeing 777 aircraft leaving rainbow tracks behind that look unnatural at first.

He began shooting and photographing airplanes three years ago, and soon realized that a breathtaking rainbow trail can emerge at a certain angle.

He recently shared a video clip of the phenomenon online, as many did not believe him. 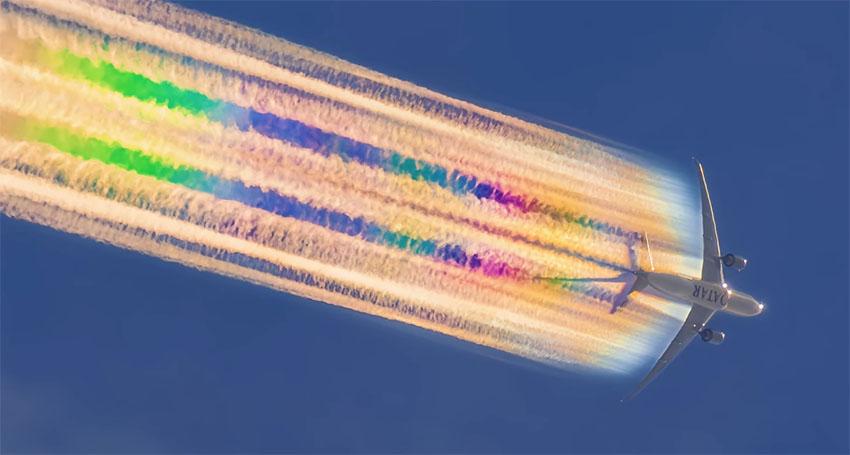 ePixel Images, Youtube
The airplane in the video was flying at 793 kph (492 mph) on altitude of 10 kilometers (30,492 ft). And how does such scene occur? According to experts, with enough moisture in the air, the vapor from the aircraft turns into ice crystals due to the low temperatures.

If the ice crystals align at a certain angle with the sun, a rainbow trace is created behind the aircraft, as it can be seen in the video.
Tweet StumbleUpon
Current article has no comments yet.
Will you be the chosen one who will comment first? 😆
Top videos of the week
Subscribe to free Klipland newsletter and get top videos of the week on your email.