These days, the web again circled a video clip from two years ago, in which the singing talent was shown by adorable twins.

In the singing contest The Voice Kids in Spain, a little Antonio and Paco stepped in front of the judges, and charmed all the guests in the hall with their singing! 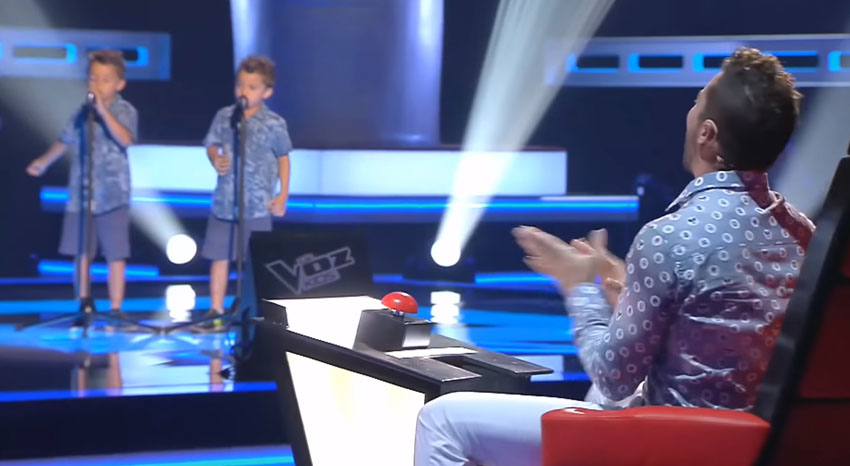 The Voice Kids Spain, Youtube
Two little boys began their performance firmly and confidently, and enchanted many viewers around the world with singing. To date, the recording of their performance have accumulated over 40 million views!

The cute twins Antonio and Paco showed their talent in The Voice Kids show while singing the "Te Quiero, Te Quiero" song which is originally performed by Spanish actress and singer Rosario Flores.

Listen to the cute performance of two twins when they impressed all the judges and many presenters in the hall with singing in the Spanish version of the show The Voice Kids. Will Antonio and Paco take on you too with their adorable performance?
Tweet StumbleUpon
Current article has no comments yet.
Will you be the chosen one who will comment first? 😆
Top videos of the week
Subscribe to free Klipland newsletter and get top videos of the week on your email.