In the America's Got Talent show, 11-year-old Tyler Butler-Figueroa from North Carolina also presented his talent. He didn't have an easy childhood, as the schoolmates repeatedly made fun of him - because of leukemia, they pushed him to the side.

The boy was diagnosed with cancer years ago when he was only four and a half years old. 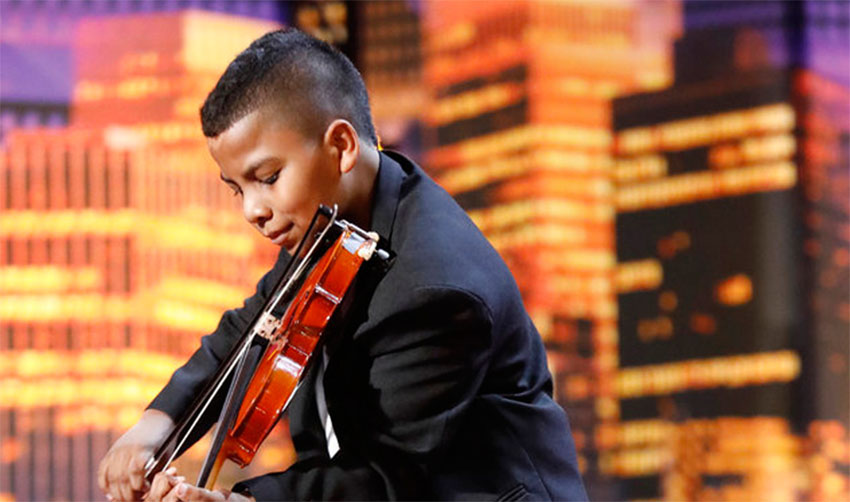 America's Got Talent, NBC
Because of the illness, many schoolmates were bullying Tyler, so he found his love in the violin playing. During chemotherapy he lost his hair, he became different. That's why many of his classmates avoided him, as they said his illness was contagious.

When he began to play the violin, according to his mother, he was shining with happiness!

11-year-old Tyler also showed his musical talent these days at the audition of America's Got Talent, where he rose everyone on their feets!

He delivered violin cover ofo the song "Stronger", performed by popular singer Kelly Clarkson, and at the same time got the Golden Buzzer of the strict judge Simon Cowell. After his performance, he said in tears that he is very proud of himself.
Tweet StumbleUpon
Current article has no comments yet.
Will you be the chosen one who will comment first? 😆
Top videos of the week
Subscribe to free Klipland newsletter and get top videos of the week on your email.