Madonna performed in the final of Eurovision Song Contest 2019 in Tel Aviv last night, and her performance is regarded as the most expensive in history.

According to the latest data, she received $2 million for 9 minutes long performace, but Palestinian activists have already said before the performance that she should not perform there. 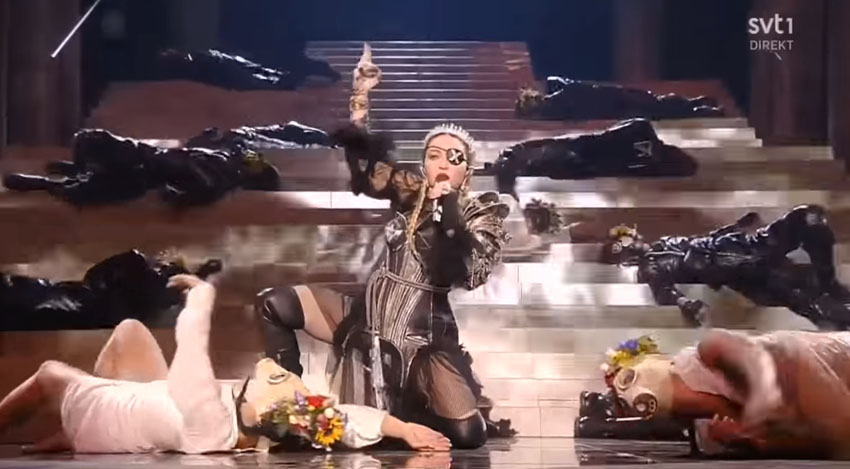 Eurovision Song Contest, Youtube
The 60-year-old Madonna signed the contract for two million dollars just a few hours before the Eurovision Song Contest 2019 with European Broadcasting Union (EBU). She first sang the song "Like a Prayer" from her own album, which marks the 30th anniversary this year.

Many were disappointed over her performance - they are sure that her times are over, as the singing did not sound even a bit like the one we are used in her studio videos.

Madonna also sang the song "Madame X" when "Wake Up" signs appeared on the big screens. At the end of the song "Future", which was sung by Madonna together with the rapper Quavo, her two dancers walked hand in hand, dressed in costumes with the Israeli and Palestinian flags on their back, which was a call for unity between the states.

Listen to the 9 minute long performance of the 60-year Madonna, for which she received a glittering $2 million at Eurovision Song Contest in Israeli Tel Aviv!
Tweet StumbleUpon
Current article has no comments yet.
Will you be the chosen one who will comment first? 😆
Top videos of the week
Subscribe to free Klipland newsletter and get top videos of the week on your email.